Tasmania has signaled its intention to have a container deposit scheme (CDS) in full effect by 2022, with Victoria to follow by 2022/23.

The Victorian Government announced the beginnings of their CDS, where people receive a 10 cent refund for every aluminium, glass and plastic drink container returned – by 2023. “We want to help communities look after our local environment by being better equipped to tackle litter and increase recycling and now they have the chance to help shape how it works,” said Member for Macedon Mary-Anne Thomas. “Victoria’s container deposit scheme will be an exciting opportunity for all Victorians to play a role in improving recycling, cutting waste and tackling litter and importantly, it’ll create jobs across the state.”

These initiatives have opened a dialogue around the best practices for Container Deposit Schemes for Victoria and Tasmania. There are already similar schemes operating across SA, NT, NSW, ACT, QLD and recently WA, so what will national harmonisation look like? This panel explored what we have learnt from operations across Australian jurisdictions.

Missed our session? here are some of the key takeaways!

Numerous and differing CDS schemes have been introduced across the nation, with Tasmania the next in line, and Victoria being the latest to announce a CDS on the way.

Alex Young, Director of the NSW CDS scheme delved into how NSW established their own CDS and the questions which arose in the process.

Alex said “What is an effective scheme, and what are our objectives?… The ones that really worked well had a good alignment of incentives..a good balance of power within those schemes.”

Alex went on to explain that for NSW they found the best way to run the scheme was to create two primary coordination functions. The first tenure would run the relationships and marketing side of the scheme and the other would deal with the on-the-ground logistics and collection of materials. He said that by running a competitive tenure process to attain these roles, they managed to achieve the best cost outcomes.

When asked about the aligning with the schemes set up in South Australia and Northern Territory, Alex admitted that the scope of containers is not as simple as it could be. Also that this is a cost-recovery model, and it was partly about trying to control costs whilst keeping the system similar enough for suppliers.

Session MC Rose Read added that “Knowing what the costs are and being able to manage these in the future is important for the industry.”

Karl Shanley, Victorian Department of Environment, Land, Water and Planning (DELWP), explained that Victoria is currently in the consulting stage of a proposed CDS model, and this would be submitted on the 30th November 2020.

In order to create the proposal, VIC has looked at schemes from across the world to understand what is working and best practice to make the right decision for Victorians. From their research, Karl discussed that these schemes differ widely, with contemporary schemes focusing on introducing social and environmental outcomes. There was an awareness when putting the proposal forwards that market conditions will change over time, and that the scheme will need to be dynamic to reflect that.

For Victora, the CDS is strongly driven by the circular economy scheme, and this appears to be a growing aspiration for CDS throughout the world.  Karl emphasised that a shared responsibility needs to be recognised, especially in terms of extended producer responsibility. Also, that getting the incentives right was key for Victorians, particularly around convenience.

“Convenience for consumers is a key element in driving participation and success,” said Karl

The topic of South Australia raising their deposit price to 20c cropped up. In response to this, Karl added that Victoria has put forward a deposit price of 10c and that they “need to get the balance of the pricepoint right”. Victoria is making sure to look at the economic impact of CDS alongside other schemes in the state, and also that a decision has not yet been made on who owns the materials.

On targets, Karl stated that “There are a range of performance levels that can be used…More important, is that there is a common language to be used.”  Whilst there might not be a need to have the same targets, there should be common language and understanding across the nation.

In regard to NSW, Alex added “The incentive is what brings people to the point to return…the incentive to drive participation”

On harmonisation, ” There are areas where harmonisation makes sense and there are clear benefits from it” said Alex, also saying that there would be advantages to be gained in terms of communities better understanding the performance of schemes, where measurement and consistency would have to come into play. But also the administrative burden is perhaps why we’re not seeing harmonisation across the nation.

The literal fact that Australia’s states are all very different, for example, some states have vast remote areas and others not, these differences will make harmonisation tricky.

Rose added that “…getting the balance for cost-effectiveness but not compromising the outcome.”

A question from the audience asked if anyone had thoughts on making wine bottles an eligible beverage type, and from the reaction of the panel, this topic appears to pop up a lot in discussion. In addition, if CDS is an incentive to drive cleaner systems.

From an NSW perspective, Alex explained “…Our objective was front and centre about litter reduction…getting cleaner material was a knock-on benefit of that.”

Alex also said that there are certainly benefits of having cleaner streams, however, it is litter where you really get the most ‘bang for you buck’.

Karl explained that there is a range of factors that contribute to circular outcomes, and they need to be considering all different elements in the CDS scheme.

When looking to the future, Mark (Cleanaway) added that there needs to be a consistency of what is accepted and what is not across the state. This would also help to stop the cross-border collection which the industry has experienced. 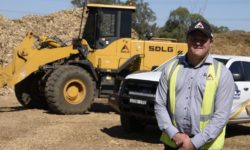 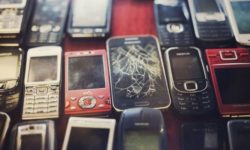 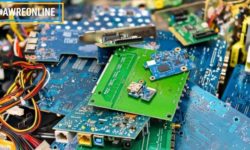