If there is anything to conclude from these worrying stats, it’s that food wastage should no longer be an option and cannot be shrugged-off.

Thankfully, the hardworking team at OzHarvest understand this better than most of us, as they labour tirelessly to combat Australia’s food wastage malaise.

According to OzHarvest, there is no such thing as too much food because there’s always someone out there in need. The group collects excess food across various commercial outlets and delivers it directly to over 1,300 charities nationwide.

OzHarvest fights to restore dignity back to communities experiencing food insecurity and their growing fleet of trucks is helping to achieve this.

We are at war

OzHarvest was founded by Ronni Kahn in 2004, who, after witnessing large volumes of food waste within the hospitality industry, was fuelled by the desire to find a comprehensive solution to minimise food waste.

Equipped with only one van at the time, what started as a passion project has now grown to a company with a sizeable fleet across various major cities in Australia and with a steadily growing global presence to boot.

While they’ve successfully delivered nearly 100 million meals to communities experiencing food insecurity since 2004, OzHarvest also run education campaigns and nutrition workshops. They’ve even launched their own rescue food supermarket as they look for innovative campaigns to tackle the problem.

As OzHarvest’s Queensland Fleet Manager, Amy Cobb, explains they are always looking for different ways to and develop their serviceability and food transport capacity.

“Because we deal with so much perishable produce, having reliable transport is crucial to our work. And the more transport we have, more food we are able to rescue,” she said.

As Amy explains, an efficient fleet makes all the difference between what constitutes ‘fresh’ food and what doesn’t.

“The speed with which our organisation moves means that we can rescue quality fresh food and get it to someone in need that evening or the next day.

“We use refrigerated vehicles to ensure the quality and safety of the food we deliver to charities and agencies.

“Since their addition to the Brisbane fleet in May 2018, the two Isuzu trucks have already delivered the equivalent of half a million meals to Queenslanders experiencing food insecurity,” Amy added.

Amy went on to note that the OzHarvest team was extremely grateful to Woolworths, whose fundraising drives resulted in the addition of the Isuzu trucks.

“The support and generosity we’ve received from Woolworth’s customers has allowed us to increase our fleet with the two new Isuzu trucks in Brisbane and four other trucks nationally.

“It has helped support an expanded food delivery service on the Gold Coast and in Brisbane to salvage food from an additional 17 Woolworths stores, allowing fresh, nutritious food to be delivered to 30 more charities that help feed vulnerable Queenslanders,” Amy said.

Given both, the time-sensitive nature of their payload and the urgency of their operations, it was important that these trucks lived up to expectations, and by all reports, they are.

“Our Isuzu trucks dart around town, operating in all types of settings, from shopping centre loading docks to airport logistics hangars to suburban neighbourhood outreach centres.

“Like our business model, our refrigerated vehicles are adaptable and responsive and carry up to 1,000 kilos of quality surplus food each day, including fruits, vegetables, meat and dairy.”

According to OzHarvest, the new Isuzu NLRs are clocking up distances of around 1,000 kilometres a week, and despite the distances, they’ve had excellent feedback from their drivers.

“Our food rescue drivers love what they refer to as the ‘fishbowl’ effect in the Isuzu cabin. The trucks offer great visibility in traffic and around tight city corners. Our drivers also love the great turning circle. Again, this is very handy when it comes to tight city spots and busy loading docks,” Amy explained.

Covering large swathes of Brisbane city within narrow time constraints is no easy feat, especially when dealing with perishable produce. So, as Amy explained, beyond reliability, the distinctive bright yellow OzHarvest Isuzus have some other advantages in this application as well.

“Our drivers love how easy it is to load the Isuzu trucks from heighted loading docks as well as the fact that they can stand up fully in the refrigerated compartment.

We’ve added a large step at the back of the refrigeration unit that makes it easier and safer to climb in and out at our pick-up stops.”

A change is gonna come

With plenty of upcoming campaigns, workshops and rescue operations to their credit and more underway, the food rescue organisation is transforming the way food waste is understood and handled.

Enabled by a talented and passionate team, sponsors and of course trucks, OzHarvest aims to continue fighting the good fight against food waste. But Amy believes everyone can make a difference, starting at home.

Hear from Founder Ronni  Kahn in the Food Waste Stage, about OzHarvest’s work across the country, and the action needed from Government and industry to halve food waste by 2030.  View Food Waste Stage program here 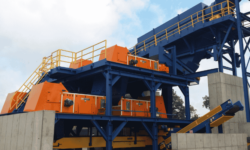 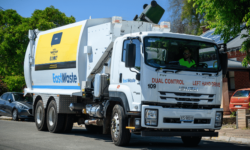 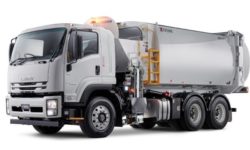