Plastics have always been a target for environmental protest, and none more so than PVC.

Despite its use in many important applications—from plastic window frames to medical tubing—critics have leapt on the fact that PVC requires the use of many processing additives. Lead and cadmium-based heat stabilisers, for instance, have traditionally been used in rigid products, while some classes of phthalate plasticisers, used in flexible PVC products, have come under fire due to concern about the potential risk to human health.

Europe has led the way in reclaiming PVC’s reputation. It has done this through a self-regulation scheme called VinylPlus. Its headline goal is to recycle 800,000 tonnes of PVC each year, by 2020. It is well on course to meet this. In addition, Europe has phased out lead and cadmium stabilisers and is doing the same with many phthalates.

A similar scheme, called the PVC Stewardship Program, exists in Australia. Among other things, it asks signatory companies to include more PVC recyclate (recoPVC) in their products to encourage demand for it. In 2017, 633 tonnes of recoPVC was used in new products sold by signatory companies—up from 366 tonnes the previous year.

“We’d like to see more support from government to encourage local design and manufacturing of products that use recoPVC,” says Sophi MacMillan, CEO of the Vinyl Council of Australia (VCA).

The 2016-17 National Plastics Recycling Survey estimated that 5,100 tonnes of PVC were recovered in Australia of which 3,600 tonnes was reprocessed locally and the rest exported. However, the VCA has some doubts about the accuracy of the data and is currently undertaking a more extensive survey of its own.

A number of collection schemes and recycling methods are keeping PVC away from Australian landfills. One of the most celebrated, replicated in both the UK and South Africa,  is the ground-breaking PVC Recycling in Hospitals.

The scheme, overseen by VCA, collects PVC waste from a network of 138 hospitals across Australia and New Zealand. Products such as IV bags and medical tubing are reprocessed by local recyclers and sold to manufacturers of products such as PVC garden hoses.

“The program is not affected by China’s ban on unsorted materials,” says MacMillan. “All the medical waste collected is reprocessed and used here or in New Zealand.”

Over the last year, the scheme has diverted around 200 tonnes of PVC hospital waste from landfill to recycling. VCA aims to expand the network to 150 hospitals this year and to 200 by the end of 2020. It estimates that 2,500 tonnes of medical PVC is consumed in Australia each year.

“Although we may not be able to recover every IV bag or piece of tubing, we want to expand the program to areas such as maternity wards—and get closer to that 2,500-tonne target,” she says.

Meanwhile, researchers at the University of New South Wales have devised a new way of recycling PVC banners that does not require the PVC coating to be separated from the polyester fabric.

Sagar Cholake, Research Associate at UNSW, and co-author of a recognised paper detailing the technique, says around 500 tonnes of such banners are sent to landfill in Australia every year because their mixed-material nature makes them difficult to recycle.

The researchers mixed shredded banners with recycled PVC cables which improved the mix density and used the material to make durable composite industrial mats. The technique could also be used to recycle products such as grain covers and other tarpaulins that are sent to landfill in volumes of around 5,000 tonnes per year.

Dennis Collins owns a paper distribution company in Ballarat, South Australia but has high hopes for his new venture in PVC recycling. His process recovers PVC from ‘mixed’ products, including tarpaulins, shoes and Tetra Paks. However, the most far-reaching application may be disposable coffee cups—96 per cent paper, 4 per cent PVC and very difficult to separate.

“Half a trillion coffee cups are produced in the world every year,” he says. “We can pull the plastic out of them and close the gate on sending them to landfill.”

He cuts waste PVC into small pieces and soaks them in a chemical. The liquid is then drained off and a catalyst added to the mix.

“This causes the PVC to puff up like popcorn,” says Collins. “The recovered materials are clean enough to go back on the market.”

Collins aims to build a PVC recycling plant in Ballarat if he can convince local and state governments to support him. He also has plans for a dedicated plant in Adelaide, which could recycle 300,000 coffee cups every week.

Do you want to learn more about innovative approaches to PVC recycling? Subscribe to the AWRE Unearthed newsletter to stay on top of the latest trends. 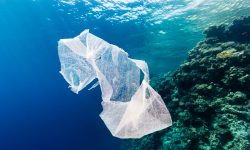 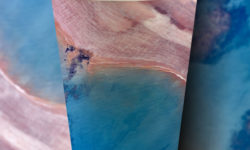 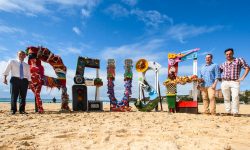 Don’t waste an opportunity to reap the rewards of recycling.