At the 2019 Federal Election waste and recycling made the national agenda as markets declined overseas and faltered domestically.

In 2019, despite one of the highest GDP per capita, Australia stood 17th in the global recycling rank with little signs of improvement. Councils said a “lack of funding, coupled with rock-bottom recycling prices, is hampering efforts to build better infrastructure and reinvigorate a dying market”.

Eighteen months on since the Federal Election, Panellists from the Senior Government, Industry and business executives discussed the state of waste, our national approach as well as the future of waste and recycling at local, state and national levels. Our session covered several burning key questions,  Is the National Waste Policy Action Plan delivering? What impact will the waste export ban due to start 1 January 2022 have on the sector? Is the new Recycling and Waste Reduction Bill a step in the right direction?

If you missed the session check out the key takeaways below!

The waste industry, while an essential service, has also been affected by the covid shutdown with parliament closures postponing key waste legislation and action related to the National Waste Policy Action Plan and in particular delaying key timelines in regards to the implementation of the Waste Export Ban.

Glass and plastics export bans were expected to commence in July 2020, however due to shifting parliamentary schedules, the necessary legislation has yet to be passed by the Senate, with the ban now expected to come into effect in January.

Despite the delays, there is still positive signs the policy and its outcomes are still on track, with the recent announcement of a $190m Recycling Modernisation Fund, proof that all levels of government and industry remain committed to meeting the targets as set out in the Action Plan.

“[A waste export ban] is morally the right thing to do,” commented Cleanaway’s Vik Bansal. “It’s immoral that developed nations should be exporting their waste overseas, particularly from a sustainability point of view.”

However he conceded that with Covid restrictions, the implementation of the ban had been hampered, with delays in receiving the necessary equipment at material recovery facilities (MRFs) and travel restrictions impacting the ability of the more practical aspects of the new requirements.

Despite this willingness for the industry to adapt, Vik believed it did not fix the underlying issue of recycling contamination, which continues to affect the industry’s ability to streamline the recycling processes and close the loop more effectively.  The policy and 750 local governments (LGAs) need to do more, the panel agreed, to standardise household waste collections across the nation to a 4 bin system and set a better policy foundation for a container deposit scheme, before we would truly reach the targets set by the National Waste Policy.

Organic waste still remains a top priority in the National Waste Policy, but to achieve the national target of 80% reduction in landfill by 2030, we need to be doing far more in terms of food waste, said Mike Ritchie, MRA Consulting.

“Food waste is by far the largest contributor to landfill, with 50% of organic waste coming from domestic/garden waste and 50% from commercial food and waste streams, yet only Perth, Adelaide and Melbourne LGAs have implemented Food and Organic (FOGO ) bins in metro areas,” said Mike.

Interestingly in councils where there are no FOGO bins, contamination in yellow bins was at 10%, whereas the contamination rate dropped to 2% in a FOGO bin.

“Even those of us who have a professional interest in recycling and understand the differences in plastics get confused about what can and cannot be recycled,” Mike commented, “But with food and garden waste, it’s obvious where that should go.”

Meanwhile, with only 1% of commercial waste collected as organics, Governments needed to do more to encourage commercial food generators to separate their organics waste, he said, and work with them to find more attractive financial incentive to stop them from sending food waste to landfill.

Yet, while he still believed that the industry and government were underutilising the vast benefits of compost and anaerobic digestion (AD) plants in regards to organics as it was the cheapest and cleanest solution, he conceded that AD plants were vulnerable to contamination.

In a short video message for the Assistant Minister for Waste Reduction and Environmental Management, the Hon. Trevor Evans MP outlined a new, ‘turbo-charged’ approach to product stewardship, with the establishment of the Product Stewardship Centre for Excellence, an Australian first announced in Oct 2020.

“We have ambitious targets for the next 10 years,” the Minister said, “and product stewardship will play a big role.”

In collaboration with the University of Technology of Sydney’s Institute of Sustainable Futures and industry, the Centre will advise Government on what the next priority areas are for product stewardship schemes. It will also offer mentoring services and advice to the wider industry, from those who have ‘walked the path before’ to assist with better and more sustainable outcomes for various products and resource streams.

“We do not need to reinvent the wheel”, the Minister stated, “we can learn from those who have already been through the process to support more product stewardship solutions.”

When thinking about product stewardship in the context of the National Waste Policy, Kirsten Tilley, Department of Agriculture, Water and the Environment, said that all levels of government and industry have a role to play, but that one of the benefits of the Product Stewardship Scheme was that it offered both carrots and sticks.

From an incentive point of view, the policy allowed those with viable projects and proposals the ability to streamline accreditation and certification that they were adhering to the national standards, giving these projects and products a competitive advantage in the market. In fact, since the launch of the scheme, they had had over 100 applications, proving that there is an appetite for the accreditation.

Conversely, by signing up to the scheme, they were also agreeing to regulatory oversight, making sure that they continued to be compliant with the policy standards. This level of commitment meant that they were liable to changes in the legislation and Ministerial priorities and could be named and shamed publicly for not meeting standards, keeping the entire policy ecosystem ‘clean’.

Overall the panel agreed that the National Waste Policy Action Plan was indeed delivering against its original principles and while 2020 may have shifted some deadlines and targets in the short term, that the commitment to the implementation and ultimate delivery in the long term was not in jeopardy.

Kristen Tilley, Department of Agriculture, Water and the Environment 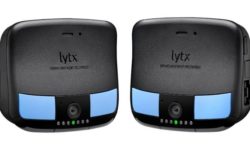 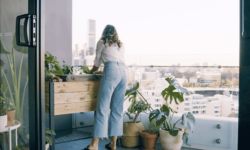 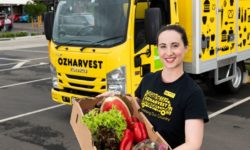