What is the linear economy and why do we need to go circular?

Think about your latest big buy; perhaps a phone or television, sunglasses or swimwear for summer or furniture to give your home a new look. Presumably, these were bought as replacements for previous items, so where does all the old stuff go?

Unfortunately, within our current economic model of “take, make, dispose” many of these used goods end up in landfill. We take raw materials from the earth, use these to make products to sell and, once these products have reached the end of their useful life, we dispose of them. This is the linear economy.

What’s the problem with our linear economy?

The big issue: waste. To put it simply the linear economy and its predisposition towards wasting valuable materials is a significant problem on a planet with finite resources.

In Australia, the most recent National Waste Report (2018) reveals that, of the 54 total megattones of waste produced in 2016/17, 21.7 megatonnes were sent to landfill. That’s about 40% of all waste materials being disposed to landfill and equates to roughly 880kg per person.

The impact of these materials going to landfill is multidimensional. Firstly, it means valuable materials are being buried. This is not only wasteful but can also have additional negative environmental effects (such as methane emissions generated from organic waste rotting in landfill). Secondly, it means more of those raw materials must be extracted from the Earth and more energy and water used to make new materials and products. Thirdly, it encourages a culture of consumption where the value of materials at their end-of-life is insufficiently recognised.

Another reason to reduce our reliance on landfill is the simple fact that we are running out of it. A 2019 audit of Victoria’s resource recovery sector found Melbourne is at risk of inadequate landfill capacity by as early as 2025 while a significant portion of Sydney’s waste is trucked to Australia’s largest landfill near Goulburn, over 200 kilometres away. The growing acknowledgement that we have an urgent need to protect our finite resources and reduce emissions has led to a movement towards the circular economy, both in Australia and globally.

Graphic by the Ellen Macarthur Foundation

How is the circular economy different?

Circularity is evident throughout nature. In particular, the natural carbon, water, oxygen and nutrient cycles are fundamentally circular and critical to maintaining balanced ecosystems suitable for human and other lifeforms. For millennia the planet has functioned in a fully circular manner where its infinite cycles produced no such thing as ‘waste’.

Only since the rise of complex human civilisations and systems has this balance been interrupted. The lack of value placed on natural systems, the materials we extract from them and the negative impact of extractive processes are significant drivers of environmental degradation. And the waste produced within our linear economy is a major expression of this.

In contrast, the circular economy aims to mimic Earth’s natural cycles by applying similar principles to our economic system. The innovative model involves a complete rethink of our approach to products and services and how we consume them.

Essentially, the circular economy aims to better use resources, close loops of resource flows by recovering as much as possible and prevent waste and pollution through better design. The emphasis is placed on shifting the way we extract, make, use and repurpose the material in our products to ensure emissions are reduced and resources are efficiently used and kept in circulation as long as possible.

Evidence of an elementary understanding of circular economy principles can be seen in the global turn to recycling in recent decades. Australia is no exception to this, with recycling rates increasing from just 7 per cent of all waste in 1996 to 58 per cent in 2016/17 in an effort that should be celebrated. But while recycling is an important means of keeping resources in circulation, it is just one part of the circular economy picture.

As well as recovering and repurposing resources, the circular economy is about designing out waste and pollution from the ideation phase, creating new consumer ownership and retail models and building novel systems to reuse products. All these approaches will help develop an economic system that is both restorative and regenerative by design. An economic system that recognises and accounts for the value of resources on a planet with a finite amount of them and a growing population.

It’s also about a cultural and attitudinal shift in the habits of us consumers. Instead of always getting the newest and best of everything, more focus needs to be put on the functional value of our products and the materials used to create them. We need to repair or restyle our wardrobes instead of buying new, find ways to eliminate food waste, change the way we travel and choose sustainable over cheap. By placing the value of our finite resources at the centre of how we act as a society, the circular economy provides the necessary encouragement to make these changes.

Where do we start?

While circular economy thinking is still in its relative infancy, there are already successful examples of the concept being applied in both business and government in Australia and globally.

A number of European states and jurisdictions already had circular economy policies in place prior to the announcement of the First Circular Economy Action Plan by the European Commission in 2015. All 54 actions included in the plan have now been delivered and the follow-up plan – one of the building blocks of the European Green Deal – was released earlier this year. Closer to home circular economy principles guided the 2018 National Waste Policy and most state governments are also either developing circular economy policies or integrating the principles.

In the business sector there are countless examples of companies turning to the circular economy due to the significant benefits this type of forward thinking can bring. From IKEA aiming to be a fully circular business by 2030 to innovative reusable packaging models to state-of-the-art material recovery facilities, the business sector is already looking to establish first-mover advantage in this space.

This publication has been republished with permission from the Australian Circular Economy Hub website “What is the linear economy and why do we need to go circular?” by Liam Taylor, 14th October 2020. 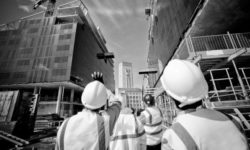 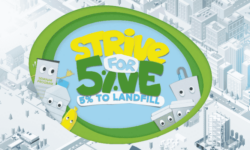 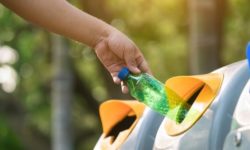