Recycling Sector Set to Back PM with Jobs and Investment Push

Australia’s waste and recycling sector is set to back Prime Minister Scott Morrison’s $20 million funding with the creation of additional jobs and greater investment in research and technology according to an industry survey released today.

In the lead-up to the Australasian Waste & Recycling Expo (AWRE) at ICC Sydney Darling Harbour on October 30 and 31, the event organisers conducted a wide-ranging survey of stakeholders.

The survey found 85% of respondents were planning investments of up to $500,000 while 12% planned to invest more than $1million.

Organisations cited research and development, technology and innovation, and product development as their major investment priorities over the next three years.

While 49% of respondents said they plan to increase staff over the next 12 months, 43% said there would be no staff changes.

The respondents came from every state and territory representing a wide range of suppliers and customers.

AWRE Event Manager, Andrew Lawson, said the survey revealed an overarching sense of optimism about the future, despite the short-term challenges following the loss of export markets.

“54 per cent of those surveyed said they were confident that new recycling technology, especially in energy generation, would transform the sector over the next one-to-three years,” said Mr Lawson.

“Not surprisingly, there is still widespread concern about China’s National Sword policy, which dramatically cut Australia’s export of plastics, paper, metal and other waste materials to that market,” said Lawson.

“However far from throwing Australia’s waste and recycling industries into crisis, most believe this presents an opportunity to develop homegrown solutions to the growing problem of waste.

“A majority of respondents said this far neither federal nor state initiatives had helped their business navigate the challenging new landscape, so the Prime Minister’s recent focus on these issues will be welcomed by the industry,” he said.

Asked to nominate the main drivers for bringing about radical changes to Australia’s waste and recycling sector, respondents nominated government policy, technology and international trends – with some also identifying climate change as a major influence on public policy and community attitudes.

The Australasian Waste & Recycling Expo (AWRE) is the premier business event for the waste, recycling and resource recovery sector held this year at ICC Sydney in Darling Harbour October 30-31, 2019. 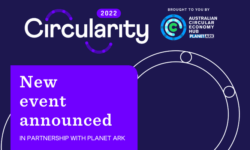 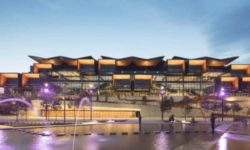 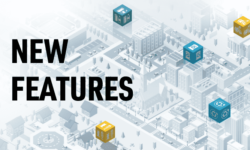