Australians are the second-highest producers of waste per person in the world, beaten only by Americans. So it’s good to see our industries taking innovative approaches to finding sustainable waste and recycling solutions in some of our most important waste sectors.

Visit any building site and you’re sure to find a couple of big skip bins loaded with rubble, timber and other building materials – not to mention a few takeaway cartons.

Construction and demolition generate around 40 percent of Australia’s waste. Fortunately, we’ve made great strides when it comes to recycling it.

In states such as in Queensland, the recycling rate for these materials is around 50 percent. In Western Australia, where the building industry generates more than three million tonnes of waste a year, about two thirds of it gets recycled, and WA’s target is 75 percent recycling by 2020.

In Sydney, a new plant being built by environmental services company ResourceCo will demonstrate how materials – such as timber construction waste – can be converted into a solid fuel. This can can be used instead of gas to fire the kilns that produce cement, thus reducing the construction industry’s environmental footprint at both ends of the cycle.

If federal and state governments can be encouraged to mandate the use of recycled concrete and brick for major infrastructure projects such as roads, this will result in much higher consumption rates for construction waste recycling in Australia.

We live in the digital age, so it no surprise that electronic waste is growing three times faster than any other type of waste in Australia. This is a serious issue, as e-waste contains poisons such as mercury and other heavy metals.

Apart from various state and other initiatives, over 40,000 tonnes a year of computers, televisions and other e-waste is collected through the National Television and Computer Recycling Scheme each year. It is then processed by authorised recycling companies, which reclaim up to 95 percent of the materials.

It is important to keep e-waste out of landfills. In Victoria, a ban on the landfill disposal of all electrical and electronic waste is due to come into effect in July 2018. South Australia has already legislated this ban. Indeed SA is taking a leading role in addressing Australia’s e-waste problem, and the state will soon be home to the e-waste recycling plant of multinational metals processor Nystar.

This will be the largest in the country and will process up to 20,000 tonnes a year of troublesome e-waste including photovoltaic cells from roof solar panels, alkaline batteries and potentially lead acid and nickel cadmium batteries too.

The average wheelie bin contains 60 percent organic material such as food and garden waste, so recycling it can make a significant dent in the load on our landfills.

More and more councils are trialling or rolling out green bins, allowing for easy separation of waste that can be composted. At the same time, they are encouraging residents to process their own organic waste at home.

Treating bio-waste separately makes sense. The City of Newcastle is building a 50,000-tonne-a-year organic waste recycling facility, and the City of Tamworth is hunting for a suitable site for a plant to process over 30,000 tonnes of organic waste a year, extending the life of their tips.

Organic waste is also a great power source: Phoenix Energy’s state-of-the-art waste-to-energy facility currently under construction in Perth will process up to 400,000 tonnes a year of residential (post-recycling) waste, including organic waste, and will generate over 30mW of electricity.

Australia generates about 2.5 million tonnes, or over 100 kg per person, of plastic waste a year. Until recently, much of our plastic waste was sent to China, but with that avenue closing, we are being forced to find new ways to reduce and process it.

Recycled plastic is used in Australia to produce everything from maintenance-free decking to furniture and boat ramps. These tough products make a great replacement for timber as they are resistant to termites, microorganisms and moisture, and can last decades.

Plans for an ACT plant to convert plastic waste to fuel appear to be on hold, but the company involved has proven the technology in Europe and the US, and it may yet be deemed viable here too as falling exports drive down the price of plastic waste.

Takeaway cups are a contributor to waste, and it’s estimated that more than one billion end up in landfill each year. Newly developed technology that removes the plastic lining from each paper cup, so both materials can be recycled separately, promises to reduce this problem.

Innovations like these will be the key to meeting the ongoing challenge of managing Australia’s waste going forward.

Find out more about the latest waste and recycling trends at this year’s AWRE expo, kicking off on 29-30 August at ICC Sydney, Darling Harbor. Register free 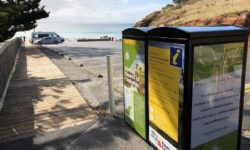 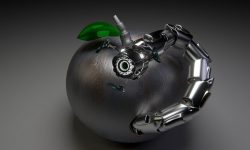 How technology is improving waste management 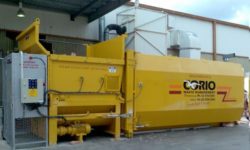