If we really want to change community behaviour around waste and recycling, the old way of developing a slogan and advertising campaign doesn’t cut it, says Les Robinson, author of Changeology.

Make it easy
“We know behaviour change works if we make things very easy for people and within their comfort zones,” says Robinson. “The behavior should require very little physical or mental effort.”

Adelaide Green Clean, a cleaning and waste management firm with a focus on sustainability, has managed waste at WOMADelaide since 2015, in partnership with SITA and Jeffries. WOMADelaide’s goal is to divert 98 per cent of waste from landfill each year. Adelaide Green Clean has worked on making waste disposal easy for event goers to achieve this figure.

Jordan Walsh, the founder of Adelaide Green Clean—after winning the 2016 Telstra South Australian Business of the Year Award—told The Advertiser making composting organics easy was essential to meeting the 98 per cent target.

“The way we stopped it being a challenge was people will not scrape food off a plate and then put the plate in the rubbish bin,” said Walsh. “We made the plates compostable to overcome that challenge.”

Sarah Verdonk, a joint researcher for the study Getting Wasted at WOMADelaide, about the effects of signage on waste disposal, says waste management companies can start by taking simple steps to help meet client targets. She suggests a systematic approach to bin placement as a first step to improving results—for example, all bins positioned in the same order, with the most desirable option first.

Industry players—such as Adelaide Green Clean—that take the time to understand how to make a desired behaviour easy can provide added value to their clients.

Act like a designer
“Instead of telling people what to do, we could think like designers and design solutions that are a better fit for people’s lives,” Robinson says.

Robinson cites Rockdale Council’s work to create a BBQ coal bin as a solution for coals often being thrown away or left on the ground in Botany Wetlands. Instead of trying to fix the issue by talking to people or threatening them with fines, says Robinson, they tested prototypes to come up with the bin that worked best, as there was no commercial option available.

Coals are dropped down a specially designed chute into a separately concealed container within the bin, allowing for a reduction in the risk of heat transfer to the outer enclosure. The bins are ‘watered’ by council staff to prevent any accidental fires when disposing of the waste. The design has been so successful other councils have adopted it.

Joe Logiacco, Manager Waste and Cleansing, Bayside Council (formerly Rockdale) suggests the wider industry can learn from their experience to think creatively and not always rely on ready-made solutions. He also emphasised how important it is to work with operational staff to understand the problem and test the solution.

Think like a scientist
It’s crucial we don’t make assumptions about why people litter, for example, and what will change their behaviour, says Robinson.

“It’s important to think like a scientist by testing solutions and ideas on a small scale,” he says.

Robinson refers to the Georges River Combined Councils Committee (GRCCC) litter program as a good example, saying they tested four or five hypotheses on what actions they could take to reduce litter in the river catchment areas before implementing a solution.

GRCC found mobilising volunteer groups was the best way to reduce littering. This not only enabled large-scale litter collection through the groups, but also showed river reserve visitors through cleaner reserves that littering is not a norm.

For the industry, there are opportunities to engage with clients and lead this testing and research process, tailoring infrastructure and services to meet their needs. For example, Cleanaway worked closely with Canterbury Council on increasing recycling recovery rates in multi-unit dwellings. This project included undertaking research to design and test a program and infrastructure in response to these insights.

Focus on changing environment, not attitudes
Carl Hughes—from the Wales Centre for Behavioural Change—told The Guardian in a discussion about sustainable behaviour: “We have to identify behaviours we’d like to see, then arrange rewarding environments, or disincentives for undesirable behaviours…”

Robinson agrees, and says if we try to change attitudes, we will just get pushback. “People’s behaviours are far more altered by what they see themselves doing,” he says.

One way of changing environment is by design, another is through financial incentives. This explains the success of Container Deposit Schemes, which overcome the effort needed to return containers by giving a financial benefit to those taking part. The South Australia’s Sustainability Minister Ian Hunt told the ABC that, thanks to the state’s long-standing scheme, they have the lowest percentage of drink containers in their litter stream in the country. The success of the scheme demonstrates how effective rewards can be in achieving waste goals, such as resource recovery.

From reverse vending machines, to talking bins and program development, the industry is working on products and services that provide rewarding environments for desired behaviours to help clients achieve their goals.

Create norms
Although many of us might not like to admit it, if it seems most people are doing something, we’re more likely to follow their example.

According to Robinson, creating social norms is an important aspect of waste and behaviour change programs.

“You want to demonstrate to people that there are already lots of people doing the desired behaviour, such as recycling,” he says.

Compost Revolution took the time in their product development, initially undertaken with Waverley, Randwick and Woollahra Councils, to understand and develop their products around behaviour change principles.

Councils are seeing how effective public demonstrations of preferred behaviour are, says Robinson, while projects created around huge piles of litter are less effective and sending the wrong message (that littering is the norm). By combining a behaviour change program with their products (compost bins and worm farms) Compost Revolution is making it easier for councils to meet behaviour change goals—and helping to build a market for their own products.

Transparency about the process
Do people need to know what’s happening with their waste? Robinson says it’s “vital”.

“People are imagining there is a purpose, a reason why they’re doing it,” he says. “They’re not following the pack for no reason.

“They’re following the pack because there’s a social good in recycling, so people absolutely need to know where it goes, and if we can tell that story, it is motivating.”

Robinson also suggests councils could write transparency and reporting on the recycling chain into their waste contracts, so they can report back to residents.

US company Rubicon, which describes itself as the Uber of waste management, is improving transparency via digital technology. It does this through providing live measurements of tonnage, recycling rates and vehicle emissions. By reporting these statistics back to the community, participating government areas can show residents’  what is happening with their waste and keep alive a sense of purpose. Through this innovation, Rubicon is winning clients by helping them achieve their behaviour and waste reduction goals.

Use the power of fun and enthusiasm
“Waste tends to see itself as being this technical, serious, weighty engineering-based business and we could have a lot more fun with it,” says Robinson. “When something is new, people need a bit of psychic energy to have a go at it.”

Potentially, according to Les, this means creating more excitement and buzz around the movement, such as through ‘social games’.

The Ballot Bin is an ashtray designed to tackle cigarette litter, by making putting your cigarette butt in the bin fun. A voting system encourages use, allowing the user to vote by choosing one of two containers to dispose of their cigarette butt. Each container has a window to display the used butts, generating a public opinion poll by the number of butts.

The questions asked are customisable, so they can be topical to reflect the interests of the target audience. In London, for example, it has been used by people to vote for the best football player in the world.

With waste reduction innovation a priority across most Australian states, there are clearly plenty more opportunities for industry players to help meet clients’ waste and resource recovery objectives by understanding the science of behaviour change.

Subscribe here to stay up-to-date with the latest and to find out when registration opens. 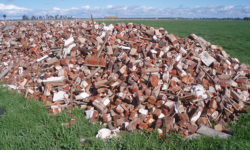 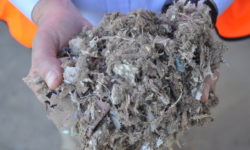 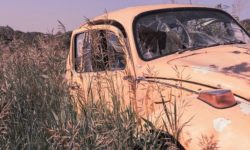